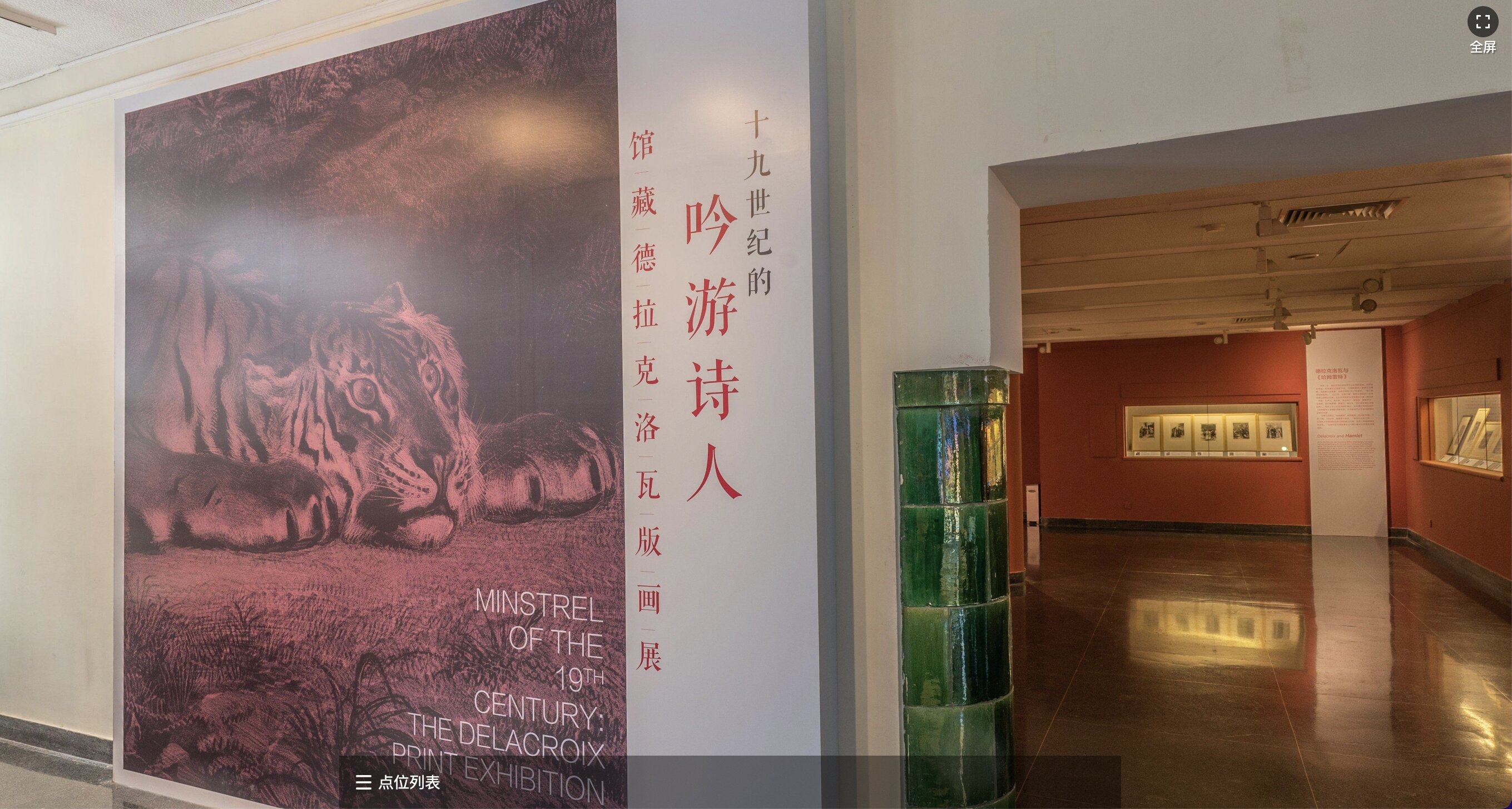 Take the tour of the “Minstrel of the 19th Century – the Delacroix Print Exhibition” .

The Arthur M. Sackler Museum of Art and Archaeology at Peking University holds tens of thousands of relics and works of art, primarily specimens typifying every archaeological period of China.

A collection of the French master Eugene Delacroix's prints, “Minstrel of the 19th Century – the Delacroix Print Exhibition”, has been donated by Donald Stone to Peking University. The collection was on display as part of the 2021 virtual tour.

The Louvre hosted an historic exhibition in 2018 in collaboration with the Metropolitan Museum of Art in New York to survey Delacroix's entire career. Its introduction described the artist as "an engaging character" and "a virtuoso writer, painter and illustrator who was curious, critical … and devoted to his work". The exhibition demonstrates all these qualities.

The displayed works reveal Delacroix's love of Shakespeare and Goethe, his admiration for the 16th-and 17th-century Flemish and Venetian masters (such as Rubens), his critical views on social issues and interest in Eastern cultures.

The exhibition features 15 Hamlet-themed lithographs (Delacroix made 16 pieces for the series) and 13 lithographs from a collection of 17 illustrating Goethe's dramatic work, Faust. Delacroix left behind more than 100 etchings and lithographs.